A World Resources Institute website
Water
How Does a Flood-prone City Run Out of Water? Inside Chennai’s “Day Zero” Crisis 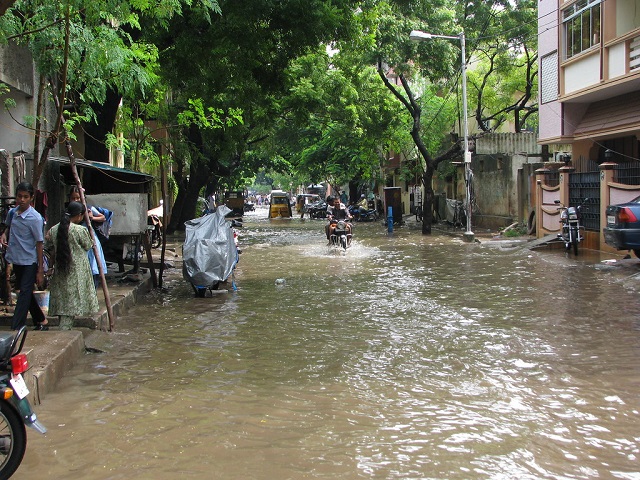 Chennai faced a devastating flood in 2015 that killed hundreds of people and displaced many more. Today, the southern Indian city’s four main reservoirs are virtually dry.

This crisis is not only due to lack of water. Lack of proper management is exacerbating dry conditions in Chennai and many other cities around the world. If Chennai does not take action, it will likely face similar crises in the future.

In the meantime, the city and many of its more than 10 million residents are now desperately drawing water from wells, further depleting scant groundwater resources. Others wait in line for hours to get water that’s trucked in from other locations or pay exorbitant sums to private water providers.

Chennai’s population has increased from 500,000 to more than 10 million over the last century. Its economy and appetite for water-intensive industry, products and agriculture have grown in-step with population. According to WRI’s Aqueduct Water Risk Atlas, Chennai faces extremely high baseline water stress, meaning that on average more than 80% of the available water supply is used up every year by agriculture, industries and consumers.

At the same time, the water that is available is becoming increasingly polluted. Dumping untreated sewage into lakes is common practice in Chennai. These pollutants also seep into the soil and affect groundwater, further worsening the city’s water security. 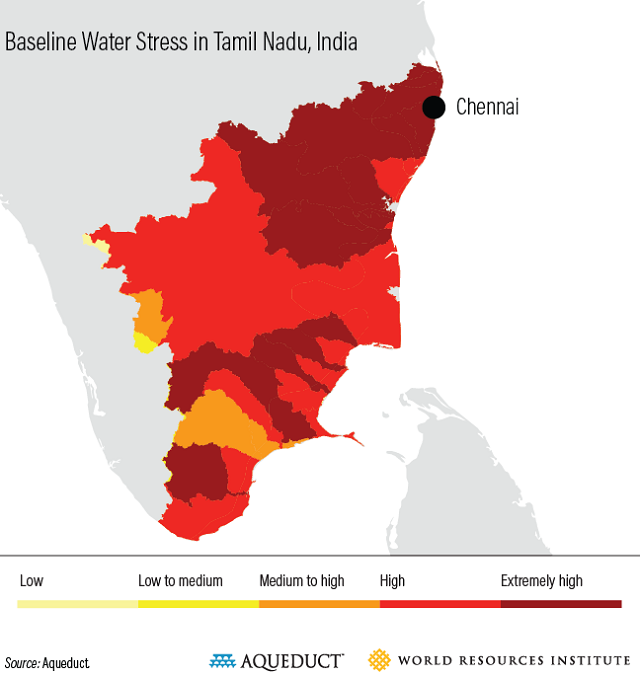 5 Things Chennai Can Do to Increase Water Security

Many have proposed ideas such as bringing water from other watersheds or investing in desalination plants to provide water to the increasingly water-stressed city. But bringing water from distant watersheds such as Cauvery or Krishna wouldn’t help Chennai in the long run, as these watersheds are also facing water-scarcity issues. Desalination plants could address some of the concerns, but they are very costly and consume a lot of energy. Chennai’s government is in the throes of a crisis – a difficult situation in which immediate action must be taken to sustain residents until the monsoons come. The city should also think about taking steps to help avert a similar situation in the future:

While Chennai’s “Day Zero” water shut-off was the latest to make headlines, cities around the world face similar problems. Cape Town, South Africa, experienced a similar situation a year ago. São Paulo, Brazil, nearly ran out of water in 2014 and experienced another severe drought last year. WRI’s Aqueduct tool shows that 36 countries are considered “extremely water stressed,” where more than 80% of the available supply is used up every year by agriculture, industry and consumers.

Cities around the world cannot afford to wait. They need to implement sustainable solutions with a focus on integrated water resource management to avoid having their own “Day Zero” experience. Chennai and other cities like it could be water-secure again, but only if we start acting now.