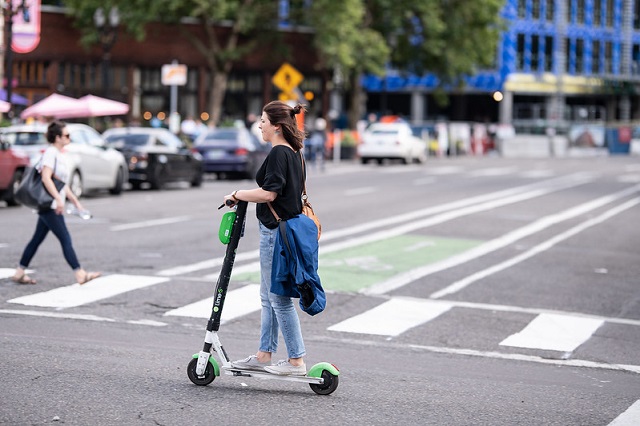 Micromobility floods city streets around the world, but a lack of common vocabulary impedes systematic progress on regulation. Photo by Metro Transportation Planning and Development/Flickr

Fueled by billions of dollars of venture capital funding, micromobility is making its mark on cities across the globe. In the United States, more than 45 million trips were made on shared electric bikes and electric scooters in 2018. Shared e-scooters have become commonplace on streets in the Americas, Europe and Asia, and are mainstays in cities like Paris, Brussels, Austin, Tel Aviv, São Paulo and Bogotá.

At this stage, decision-makers are still working to understand the impacts of micromobility and how to incorporate it into the fabric of cities. Confusion about how to classify these new vehicles and services and what to call them is contributing to vague regulations or a total lack thereof.

In some large cities, like London and New York, e-scooters are technically illegal. London’s laws make e-scooters illegal to ride on the road because they are grouped with motor vehicles but they can’t meet the same safety regulations. E-scooters are also banned from bike lanes because they don’t have pedals. Nonetheless, Londoners still use them at the risk of a $300 fine.

A critical lack of common vocabulary for these tiny vehicles exacerbates confusion regarding how to regulate them. To address this challenge, SAE International, an international standards organization for mobility engineering, has established a common set of terminologies for describing micromobility vehicles, called “J3194 – Taxonomy and Classification of Powered Micromobility.”

The taxonomy sets the stage by clarifying what types of vehicles are actually considered powered micromobility vehicles – those that do not exceed speeds of 30 miles per hour or a curb weight of 500 pounds. The standard explicitly focuses on vehicles that have propulsion assistance or are self-propelled (i.e., it excludes pedal-only bicycles and manual skateboards) and are designed for human transport on paved surfaces (i.e., it excludes vehicles designed for off-road use or goods delivery).

The taxonomy categorizes six distinct types of powered micromobility vehicles according to their physical attributes. This classification system can then be used to describe specific micromobility vehicles so that instead of referring to the ambiguous “e-scooter,” we can specify an “ultra lightweight, standard-width, low-speed, electric standing scooter” or a “midweight, standard-width, medium-speed, electric seated scooter.”

A graphic summary of the SAE J3194 standard. Graphic by SAE International

J3194 was designed to accommodate future innovations in the field. Not only is the taxonomy and classification system part of a living document, but it also establishes a vocabulary that can be applied to vehicles not yet on the market.

The proposed taxonomy can be used to communicate the right-of-way of these vehicles, whether they should be ridden in bike lanes, sidewalks, or drive lanes. This gives industry and regulators clarity on the classes of vehicles that can be developed and how to deploy those vehicles in different markets. When developing regulations, industry and regulators can agree on performance characteristics defined by this standard that will give the regulation flexibility toward future vehicle design and avoid being cornered by obsolete or ambiguous terminology.

J3194 is a tool that cities and the private sector can use to communicate clearly and effectively about micromobility. In this capacity, it can help minimize confusion about how micromobility vehicles should be used in transportation networks and how they can be leveraged to meet city goals.

Leila Hawa is a research assistant at SAE International with a focus on micromobility and shared mobility. She is currently a Master’s of Engineering student focusing on transportation engineering at McGill University.

Annie YJ Chang is the Head of New Mobility at SAE International where she oversees the organization’s standards and research portfolio in micromobility and shared mobility. She is also pursuing her doctorate degree in transportation engineering at McGill University.

John MacArthur is a Sustainable Transportation Program Manager at TREC – Portland State University. He is active in research related to sustainable transportation, particularly in the areas of transportation electrification, e-bikes, bike share, micromobility, and the relationship between transportation and public health. John also serves as the co-Chair of the SAE Powered Micromobility Vehicles Committee.