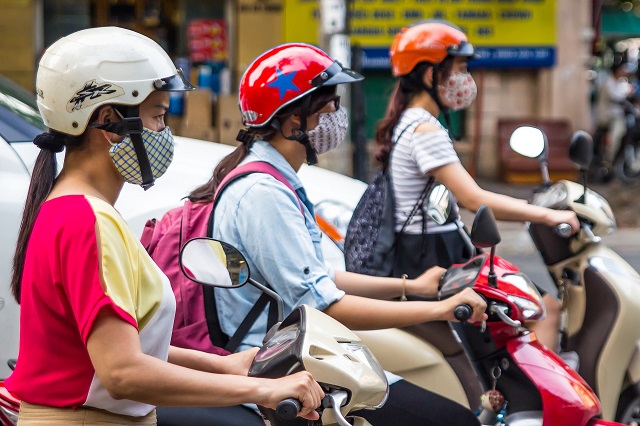 Cities can learn a great deal from how the Convention on Long-Range Transboundary Air Pollution has taken a holistic approach to air pollution and successfully facilitated international environmental cooperation.

International consensus on cross-border environmental issues has been difficult to achieve, but the 40-year-old Convention on Long-Range Transboundary Air Pollution (or LRTAP as it is known to development professionals) has enjoyed great, if largely unsung, success in the fight against air pollution and climate change. The Convention also led to cleaner air and healthier forests, soils and lakes in North America, and prevented 600,000 premature deaths annually in Europe.

Signed in 1979 by 32 European countries, the United States and Canada, the agreement initially aimed to tackle acid rain. Over time, it became a model for effective international environmental cooperation, bringing together scientists and policymakers to solve complex transboundary problems. To date, over 51 countries have joined the Convention and a total of eight protocols or international agreements have been added to address a range of environmental and health problems caused by industrialization, agricultural modernization and fossil fuel consumption, including ground-level ozone, black carbon, persistent organic pollutants, heavy metals and particulate matter. These agreements are based on scientific assessment that identifies actions required to improve human health and ecosystems.

The Convention has delivered concrete results. Emissions of particulate matter and sulphur dropped by 30-80% since 1990 in Europe and 30-40% in North America. In Europe, these measures have extended life expectancy by a year. Nitrogen oxide releases have also been halved and lead pollution levels in UN Economic Commission for Europe (UNECE) countries have been reduced by almost 80% between 1990-2012.

What Cities Can Learn from the Convention

This success is especially relevant for cities. With industrialization and population growth, air pollution is worsening in many developing cities, where pollution levels can be four-14 times higher than World Health Organization air pollutant health guidelines. Because non-urban sources could also be major contributors to urban air pollution, many cities will be unable to reduce air pollution through local action alone. The Convention provides scientific tools, models, data, monitoring methods, guidance documents and best practices so cities can holistically address air pollution at the local level.

Unlike other environmental or climate change conventions, the Convention puts scientists in the same room as policymakers. This structure ensures that collaborative working groups, which include technical and scientific expertise across different fields, are linked to the political negotiation and decision-making process. This two-way engagement allows scientific information based on model outputs to define outcomes. Outcomes may involve reaching an agreement on pollution reduction levels, while also ensuring political negotiations and international political processes provide input on priorities for scientific research.

Ongoing interaction between policymakers and scientists has spurred informal communication, which has built trust and resulted in a common base of scientific research and knowledge. The Convention has been successful at fostering neutral, uncontroversial scientific results that can be used to foster good decision-making. Other conventions should take note and follow its lead.

The introduction of the critical loads concept, implemented through the use of the RAINS (Regional Acidification Information Simulation) model, helped revolutionize the scientific assessments used to make decisions under the Convention. It was a key reason the Convention was able to move from a substance-to-substance to multi-pollutant strategy used in the Gothenburg Protocol to Abate Acidification, Eutrophication and Ground-Level Ozone.

This concept integrates environmental effects of one or more pollutants with emission source data, atmospheric transportation estimates and abatement cost information. As a result, the Convention has created multiple reduction strategy options that are focused on effects instead of specific emission limits. These strategies enable states to focus on different pollutants at different times, and how they affect multiple environmental problems.

This scientific innovation increased state capacity to develop pollution reductions at lower costs and with more flexibility. It also provided states with optimized plans to use in their negotiations and facilitated the ability to secure political and private sector support for emissions reduction strategies.

The convention’s executive body approaches noncompliance through facilitation and cooperation. The body offers practical suggestions to accelerate emissions reductions. It also makes emission data reported by each party to the Convention publicly available, including historical trends, benchmarks and the strategies and policies they use.

Parties are required to report emissions and projections annually. Countries that haven’t complied with the convention’s emission targets must explain the reasons and problems they faced with implementation. This transparency and access to data has driven progress, strengthened compliance and reinforced incentives to respond to political demands.

Many view the Convention as one of the most successful ways of facilitating international environmental cooperation. The convention involves scientific coordination led by the European Monitoring and Evaluation Programme (EMEP). EMEP collects emission data, measures air and precipitation quality and models atmospheric transport and deposition of air pollutants. These data are used to evaluate the quantity and significance of transboundary fluxes (changes to air pollutant composition and concentrations) and any areas that exceed critical loads and threshold levels.

The Convention’s intergovernmental policy collaboration and coordination has simulated broader action on air pollution, including technical and policy ratification support to Eastern European countries. Convention representatives have also engaged with other international and regional agreements and organizations such as the Stockholm Convention on Persistent Organic Pollutants, the Minamata Convention on Mercury, the Arctic Monitoring and Assessment Programme, regional seas conventions such as HELCOM and OSPAR and the Climate and Clean Air Coalition around the intersectionality of air pollution and other environmental challenges such as climate change and biodiversity loss.

Considering the success of this agreement, deeper engagement with the Convention Executive Body at the UNECE could help other regions and non-member countries apply these lessons and drive momentum for multi-jurisdictional action. After the Convention’s 40th anniversary, the executive body established a forum for collaboration on reducing air pollution. The goal is that this will promote integrated approaches to address air pollution, aimed at achieving multiple benefits to human health, the economy, ecosystems and efforts across sectors that improve air quality.

On February 26, 2020, WRI’s Governance Center and WRI Ross Center for Sustainable Cities will discuss lessons cities can use from the LRTAP at a Greening Governance Seminar. Speakers from WRI, the Environmental Protection Agency and NASA Goddard will highlight transboundary airshed strategies and examples from cities around the world.

Elizabeth Moses is an Associate with the WRI Governance Center’s Environmental Democracy Practice.